What media is saying about

Media on Count
Your Chicken
Before They Hatch
Media on
Great
Indian Dream
Media on
Discover
the Diamond in You
Media on
Thorns
to Competition
Media
on
CULT
Other
Media
Articles
Dr. Arindam Chaudhuri's Electronic Media Appearances 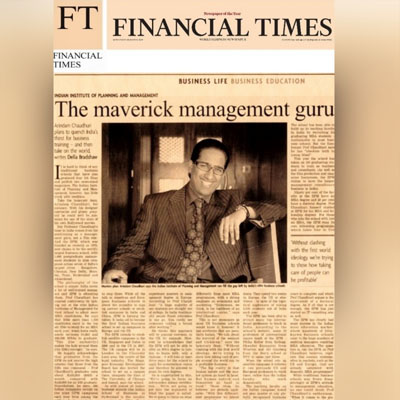 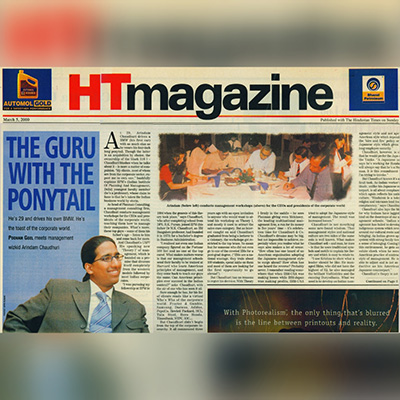 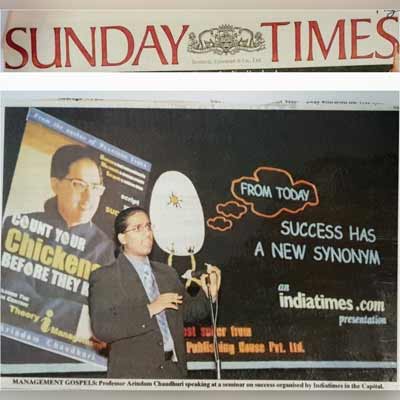 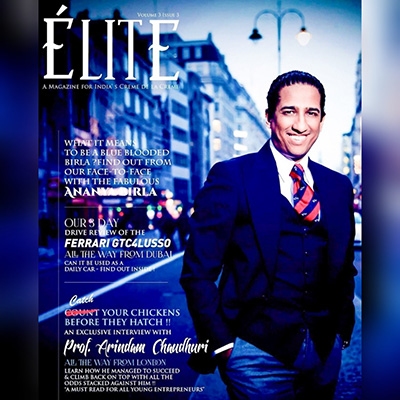 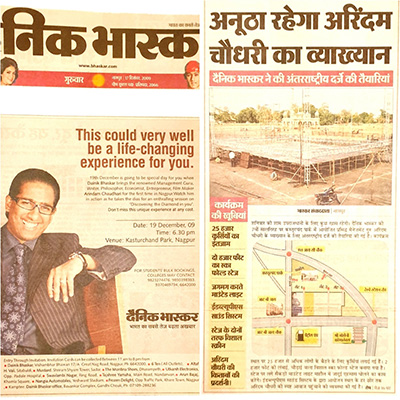 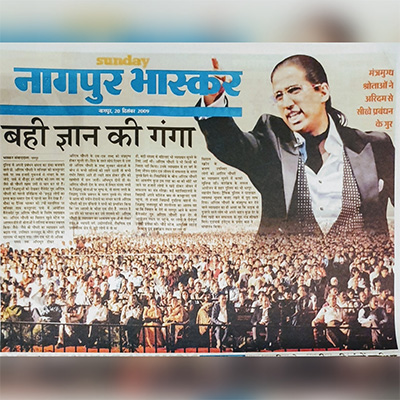 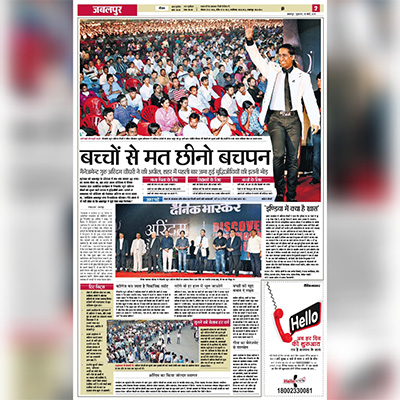 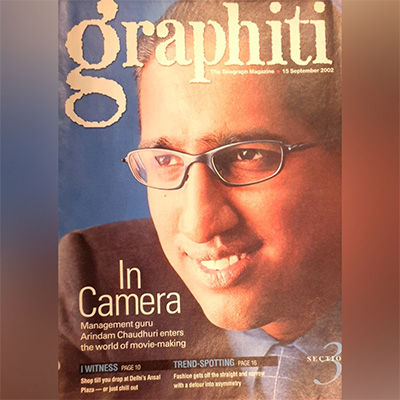 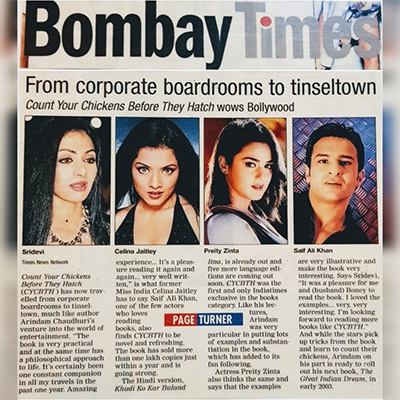 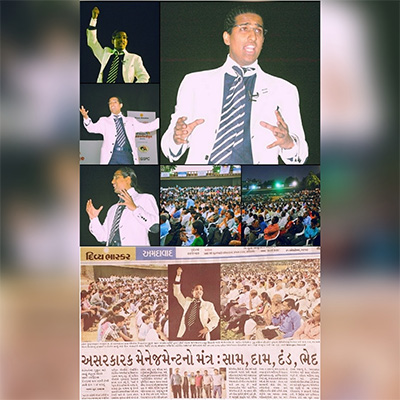 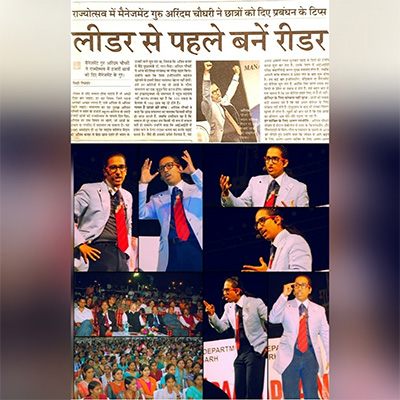 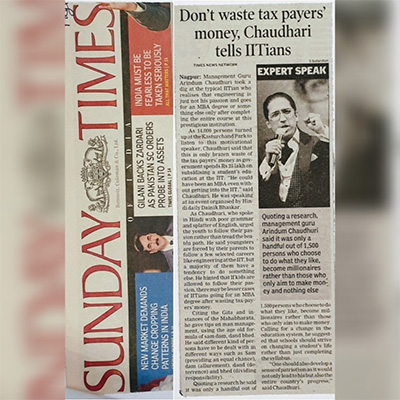 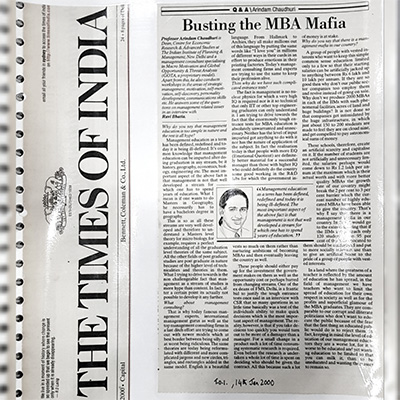 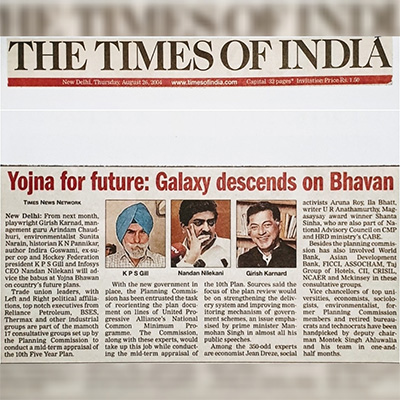 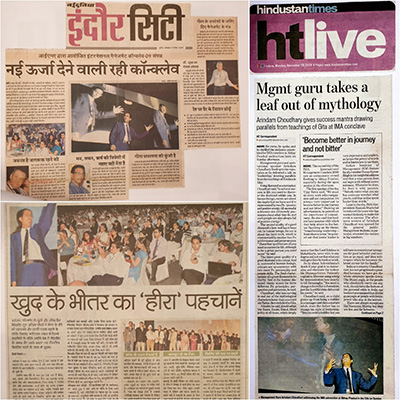 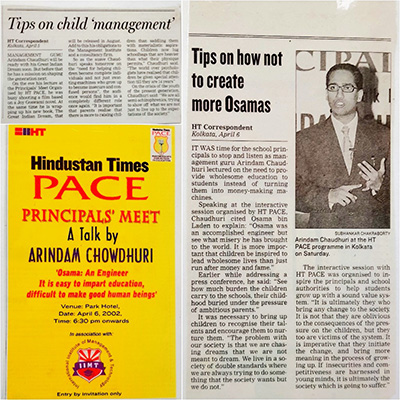 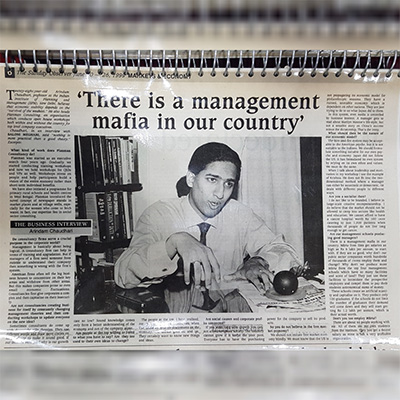 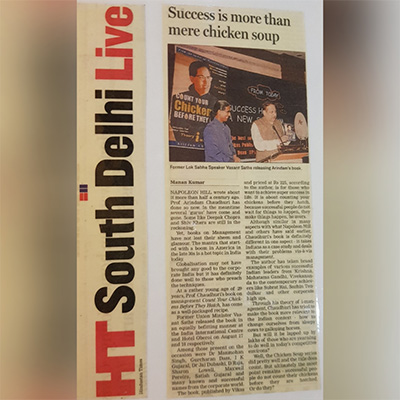 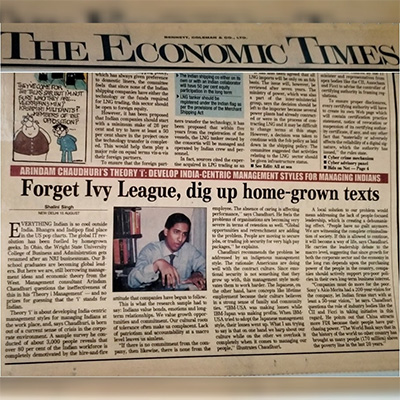 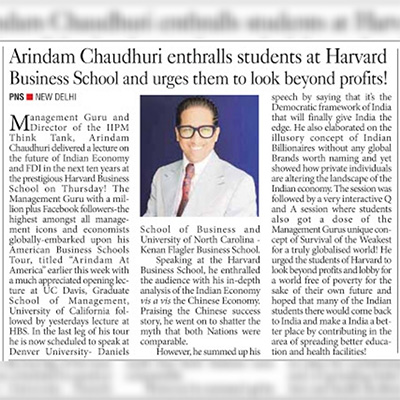 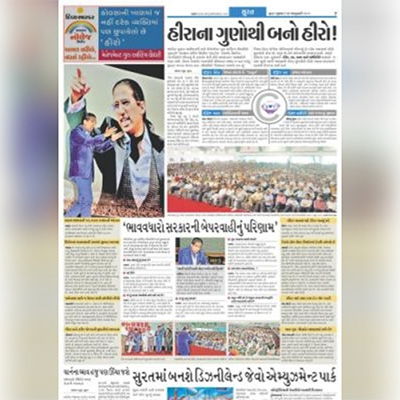 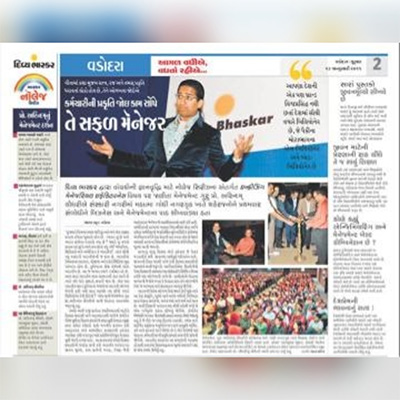 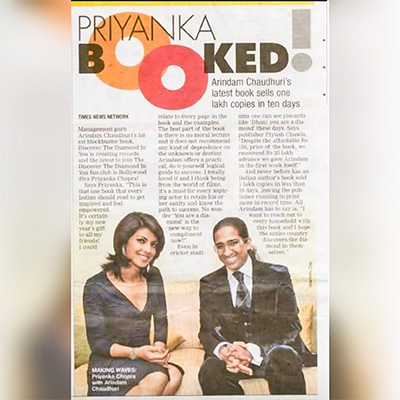 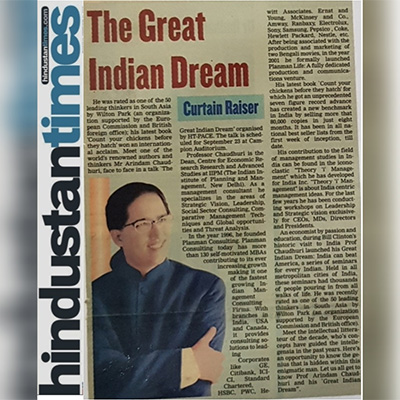 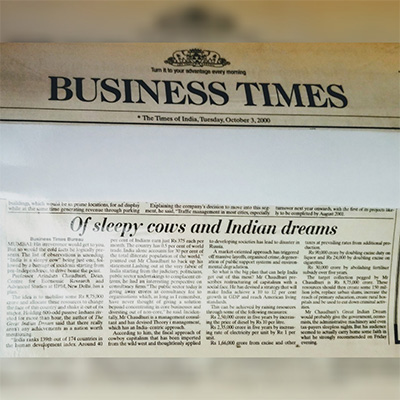 "The intellectual litterateur of the decade"

The Times of India

"Mega Disruptor and Godfather of Private Education in India"

"His "Theory 'i' Management" is now laced with quotes from the Bhagwat Gita... Going by the large number of CEOs and COOs _that attend his seminars and workshops at hefty fees, it seems he has arrived."

"NEAR — EVANGELICAL ACADEMIC"... As interest caught on and Prof. Chaudhuri went on to be known as a visionary, the workshops began to be exclusively restricted to the top brass... Prof. Chaudhuri addresses himself to CEOs and head honchos through his workshops because they are the ones who have their own lobbies with the CII and FICCI, which can in turn lobby with the government to bring about the necessary changes."

"When Economist and Management Guru Arindam Chaudhuri talks on management issues Chief Executives pay around Rs. 25,000/- each to listen. His management philosophy for corporaterestructuring involves enhancing the legal system."

"Develop India centric management styles for managing Indians. Forget Ivy League, dig up home grown texts... Companies must do more for the poor... Chaudhuri questions the role of industry bodies like CH and FICCI in taking initiative in this regard. He points out that China attracts more FDI because their people have purchasing power."

"What makes this management guru tick? Or what makes the Indian CEOs, Presidents and Directors shell out Rs. 25,000/- for a mere six hour workshop session?... He is only 29... Suave, Articulate and specializes in Strategic Vision, Leadership and Social Sector Consulting."

"Develop India centric management styles for managing Indians. Forget Ivy League, dig up home grown texts... Companies must do more for the poor... Chaudhuri questions the role of industry bodies like CH and FICCI in taking initiative in this regard. He points out that China attracts more FDI because their people have purchasing power."

"IIPMs youngest faculty member, whose claim to fame is that he's taken the Indian business world by storm... These top guys (CEOs &: Presidents of the corporate world) — some of them his father's age — listen to him and come back for more. And Chaudhuri's USP ? His spanking new "Theory 'i’ Management"... What makes Chaudhuri sell — and man, he does — is that he uses traditional symbols and motives to explain his theory... that is Arindam Chaudhuri for you. 29, a management guru."

"BUSTING THE MBA MAFIA... Why don't we produce 2000 MBAs in each of the IIMs with such phenomenon facilities, acres of lands and huge buildings?... They (Professors of leading MBA institutes like IIMs) are comparable to our corrupt and illiterate politicians who don't want to educate the public.., wanting education to be limited so that you can milk it."

"Back to the roots... In each of his workshops, Chaudhuri discusses the American Management style and how it can't work in India... Indian management is like its economy — mixed... "But, we have picked up the wrong things", he says."

"An economy guided completely by market forces lacks in human values and is not suitable for India... leading economist (Arindam Chaudhuri) said here... saying that the market system was a good servant but a bad master, he added, "There is something animalistic about the survival of the fittest paradigm. I would rather opt for survival of the weakest philosophy."